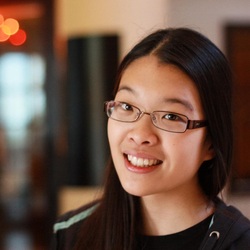 Izzy has been playing since the fall of 2012 mostly with her beloved Penn Pygmy Puffs. In the 2014-2015 season she made the leap to the Honey Badgers official roster. She plays with a determination and fierceness that you would not expect from someone her size. Years of ultimate frisbee have made her conditioning impressive, and she can play all day without tiring. We love having Izzy as a Badger!

Off-pitch, she is known for her talent in Quidditch photography and has recently begun dabbling in Quidditch videography as well. Her most recent Quidditch project was with filming Major League Quidditch matches.